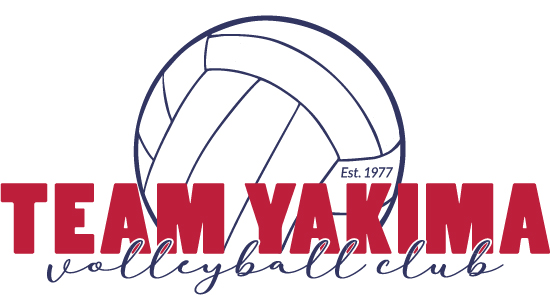 Formed in 1977, by Dr. Gayle Brewer and Mr. Jim Lust, Team Yakima has now been in existence for more than 40 years, thus making it one of the oldest junior volleyball clubs in the Northwest. The intent from the very beginning was to include players from all schools in the area, hence the name "Team Yakima". One result of this involvement by so many girls from various schools has been the development of the Yakima Valley region as one of the most successful high school volleyball areas in all of Washington as attested to by the many conference, district, regional and state championships.

Team Yakima has represented Washington State in the Can-Am Championships involving state and province teams in years past and had won this international competition several times. The club has also participated in other large tournaments such as the Colorado Crossroads in Denver, Las Vegas National, Triple Crown Salt Lake Tournament, Northern Lights Qualifier and the Pacific Northwest Qualifier. In 2015, Team Yakima's U16 team was ranked #1 in the nation for the USA division, and finished 11th at the National Championships in New Orleans. In 2016, Both Team Yakima's U15 and U14 teams competed at the National Championships in Indianapolis. The success of Team Yakima continues, clearly based on the solid vision and direction of its founders.

In June 1996, Team Yakima was presented the Distinguished Service to Junior Volleyball award at the1981 Team Yakima Boys Team 800-team Volleyball Festival in Sacramento, California; the only team in the country so honored that year. This prestigious award recognized the contributions made to local volleyball by the club during its long existence.

Team Yakima is organized as a self-sustaining, non-profit youth sports organization. Leadership authority is in the form of a Board of Directors that designates a Director who oversees day-to-day operation. Many parents and community volunteers donate time and effort to help the club function effectively. Financially, Team Yakima is self-sustaining through funds raised from player dues and fund raising activities. Donations, which are tax deductible, are always welcome and appreciated.

Team Yakima is registered as a participating member of USA Volleyball, the governing body for national and international volleyball play in the U.S. It abides by the guidelines established by the junior division of USAV, endorses the ethics and educational aims of the USAV Coaching Accreditation Program and the American Volleyball Coaches Association. It also recognizes and supports the mutual value of school and club sports and adheres to the guidelines of the WIAA regarding its policies and goals.